2 of the biggest Northern highlights; Los Cabos and the Copper Canyon

The north of Mexico is little known by most people. That makes sense as Yucatan and the surrounding provinces have such a lot to offer but there are some places in the north which are truly a must visit. As for Los Cabos, that has been discovered by a lot of travellers already. Where the Pacific meets the Sea of Cortez life is very relaxed! But what few people know is that the north of Mexico is home to one of the most impressive canyons in the world, the Copper Canyon! We will make sure we show you the prettiest places around before sending you to Los Mochis on “El Chepe” , the best train ride in Mexico!

As you fly in over the impressive urban sprawl your first view of Mexico City will take your breath away…prepare yourself as the adventure begins. You will be greeted by our transport team and taken directly to your hotel close to the historic centre of the city.

We strongly suggest you make a tour taking you to the most important sites in this fascinating city: the Zócalo, Metropolitan Cathedral, Templo Mayor, National Palac Anthropology Museum and Chapultepec Castle… add a guide to explain the stories behind these great landmarks.

On the other day you could do a tour which will visit the Catholic worship site of the Basilica de Santa Maria de Guadalupe (the Virgin Mary), one of the most important religious figures in Mexico. The new and the original churches sit together reflecting the continuity of the Catholic faith in Mexico. Next you will be taken outside the city to the pre-Hispanic site of Teotihuacan whose Nahuatl name means “place where gods were born”. Discover the site’s various ethnic influences including Aztec, Toltec, Mixtec, Totanac, Zapotec & Maya as you explore and climb the impressive buildings, including the massive pyramids of the sun and the moon, and intrepidly walk the Avenue of the Dead… In the evening you will return to the city centre where you can enjoy some of the many restaurants and bars close to your hotel.

Today you will take a flight to the town of Chihuahua where you have the rest of the day to look around. We are aware that Chihuahua has a bad name nowadays but this is the best way to get to the Copper Canyon.

Chihuahua is the largest state in Mexico and this isn’t only related with its geographical extent but with the variety of its landscapes, which look like very well protected treasures in the impressive mountains that make up the Sierra Madre Occidental. One of these treasures is the Pueblo Mágico of Creel. The road to Creel is special for the panoramic views that accompany you as you drive since literally, you have to cross the mountain range. It is not big but it is the gateway to the Barrancas del Cobre, aka the Copper Canyon. You will enjoy day 6 discovering the canyon and if you feel like doing a zipline, well, we can organise that! Day 5 will be getting to Creel as well as visiting the Mennonite camps which are present in the area. Their way of living will astound you. Your hotel is not in the town of Creel but built on a lookout over the canyon!

Today you travel to the Cerocahui. This small village sits in a valley of apple orchards on the edge of Urique Canyon, the deepest in the system which you discover on day 8. Cerocahui has a very pretty church which is well worth a visit but for the rest it is all about the landscapes and waterfalls that dominate the area. If you want we could organise a horse ride so you can feel one with nature!

El Chepe, also known as Chihuahua Pacifico, is the only train for travellers from Mexico. Across the 650 kilometres of railway line that it covers, majestic landscapes pass before your eyes. Indeed, it crosses the Copper Canyon, called the Barranca del Cobre by Mexicans. This is located in the north-west of the country, in the state of Chihuahua and in the chain of western Sierra Madre mountains.

Across the nearly 700 kilometres of travel, there are about fifteen stops. Starting from the city of Chihuahua, it's the city of Los Mochis where you will land after travelling the entire 650 kilometres, the 37 bridges and 86 tunnels of the journey. This is the city of arrival in the province of Sinaloa. As we want you to take this train journey as leisurely as possible we have 2 nights in El Fuerte. The town was primarily a trading post for the gold and silver being mined in the nearby Copper Canyon. It also served as a link to the northern regions of California, Arizona and Sonora, which at that time were all Spanish territory.

El Fuerte is known as the birthplace of the legendary Zorro. It is believed that he spent his childhood here before turning up in California fighting for the impoverished commoners. Today the town maintains many of its colonial-era buildings and a replica of the fort. Its proximity to the coast means that you can find some great seafood restaurants here too if that’s your thing.

On day 11 we stand at the ready at the train station to transfer you to the airport for your flight to Los Cabos! Time to relax and let all things you have seen sink in.

The region of los Cabos is a dynamic mix of unspoiled desert landscape, white and beaches and dramatic rock outcroppings. "El Arco", the distinctive rock arch that sits at the tip of Land's End, is Los Cabos most famous geographic landmark. "El Arco" dips into the sea at the exactly the spot where the Pacific Ocean meets the Sea of Cortez. It is the remarkable result of the pounding waters on both sides. Los Cabos is comprised primarily of two towns, San Jose del Cabos and Cabo San Lucas, which are linked by a 20-mile corridor lined with world-class resort properties and championship golf courses. Cabo San Lucas, noted for its vitality and nightlife, offers a variety of attractions, including The Marina (Featuring 380 slips accommodating vessels up to 200 feet), which is regarded as offering the highest quality of service and amenities yachters have come to expect of luxury marinas. Wherever you go in Los Cabos: Cabo San Lucas or San Jose del Cabo, you will find everything you need to leave the cares of everyday life behind.

Today we will transfer you to the airport and it is hasta lluego Mexico. 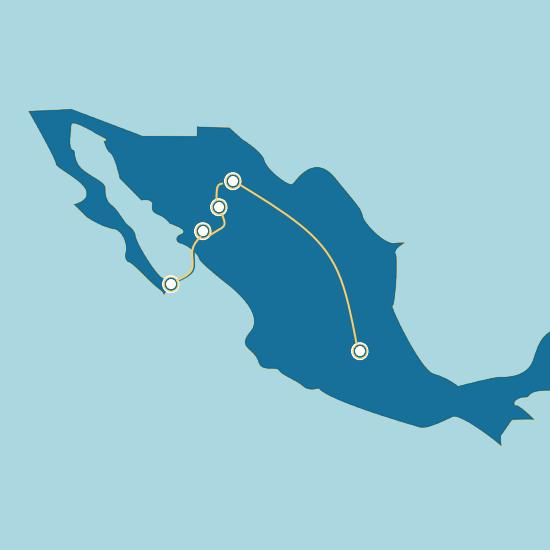 The price for this trip starts from
$ 1795 per person but this is depending on the time of year.

Included in the trip 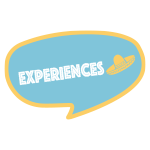 Casa Don Diego is a very nice hotel with a very nice (French) owner, a beautiful swimming pool and a delicious breakfast. The rooms are beautiful. attractive, clean and spacious.

Thank you very much for everything you have done for us. It was perfectly arranged. We had a great time in Mexico and on Caye Caulker.

Hola! The tour was very interesting, we enjoyed it very much! We can't believe that our tour is almost over but we had a great time! thank you! – clients E.

Dear Erika, we are at the airport, the ride from just 90mins. Thank you for your help and support throughout the last 3 weeks. We very much enjoyed México, this was an amazing trip. Best, Sören + Dominik

now we are waiting in Mexico City to enter our flight back home.

We enjoyed the last hours in Tulum very much- although there were so many tourists ;-)

We hope that we will come back soon because there are so many things we could not visit.

Mexico is a beautiful country with handsome and friendly people.

I just can repeat myself: thank you very much. - clients S.

We are just back in Amsterdam and we want to thank you for the perfectly organized trip. We've had a wonderful holiday.

I just posted the review on TrustPilot: five stars! We would like to thank you for the amazing experience in Mexico. The trip was exactly what we had hoped and we really appreciate the help and energy that you put into our holiday.

If you can, please also extend this thanks to everyone at Solana Tours!

Thanks again and warmest regards from a rainy & cold Holland

Now we are back in Germany and can memorize a great tour through the south of México during the last three weeks. We want to thank you and your colleagues for your outstanding and professional support. We hope that the Salsa teacher is in good health again. May be next time in Mèxico we will have more luck learning salsa. Besides this the whole tour was a great experience. We wish you all the best for the future. Stay in good health.

Unfortunately we are back in the Netherlands, catching up from our flight. We would like to thank you very much for all your help and services! We had an amazing time in Mexico, with a trip that had everything. Cities, nature, history and relaxation and then also amazing accommodations! Once again, words cannot express our gratitude enough. We will be sure to visit again in the future and should we have friends who want to visit we will certainly recommend your services.